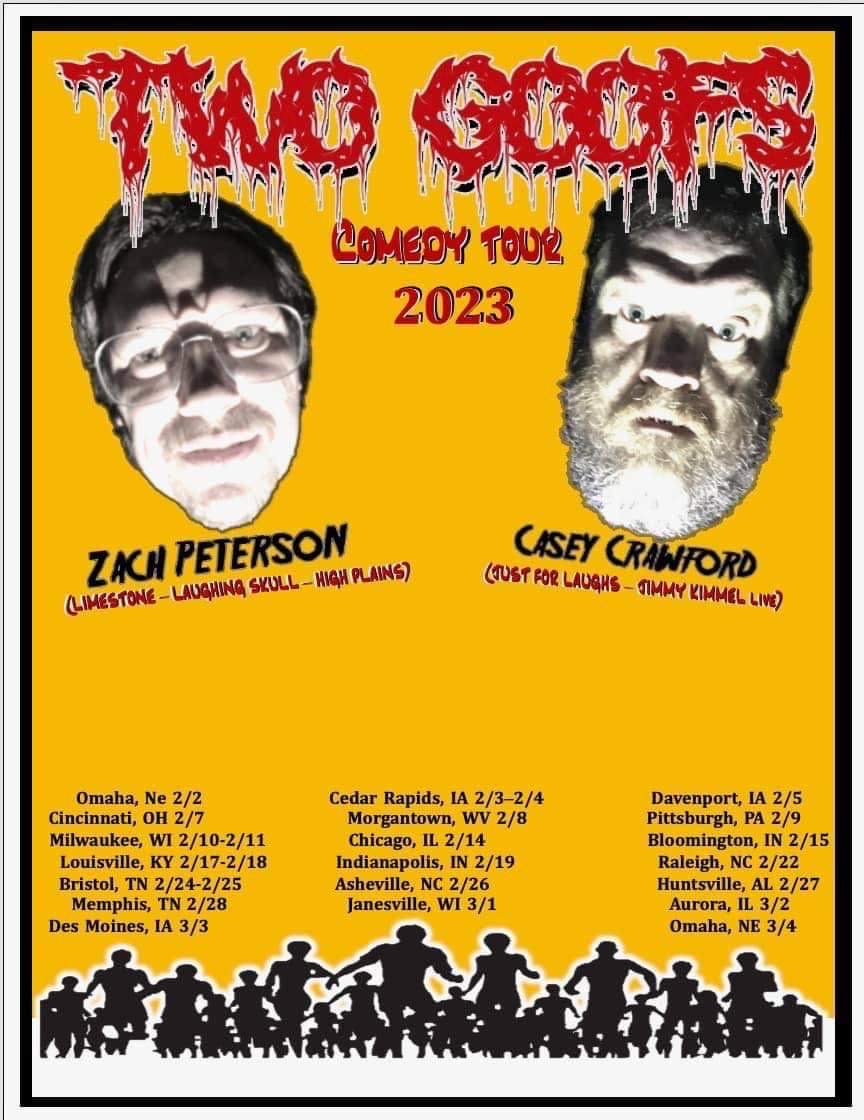 Out of Omaha, Nebraska, after spending time in Chicago and Los Angeles, Zach Peterson has been called “one of the funniest performers around” by Minneapolis’ CityPages and Kyle Kinane says “Zach is hilarious.” arch has made a name for himself around the country, from Alaska to Florida, for being an “affable oddball” with razor sharp jokes, headlining both clubs and festivals alike. He has worked with the likes of Tom Papa, Bobcat Goldthwait, Annie Lederman, Doug Benson, and many more. Zach’s first album, Midwestern Jokes for the Americas, debuted in the top five on the iTunes comedy charts in 2018. In Omaha, he runs the wildly popular Omaha chapter of Don’t Tell Comedy and The Broken Magic Comedy collective.

Casey Crawford is an absurdist comedian who tells short jokes loosely based on his dumb life. From growing up poor in rural South Dakota, to struggling in New York City, to his current life in New England and his weird marriage, Crawford essentially narrates his underdog life through one-liners. Crawford is a joke Jedi. His unique perspective put into terse, well-crafted one-liners mixes traditionalism with absurdism and makes him a favorite of people who “just want to hear some goddamned jokes at  bar” (guy at my last show, 2020). Casey was a new face at Montreal’s Just for Laughs in 2016. He made his television debut on Jimmy Kimmel Live in 2017 and regularly performs at the Comedy Studio in Boston.