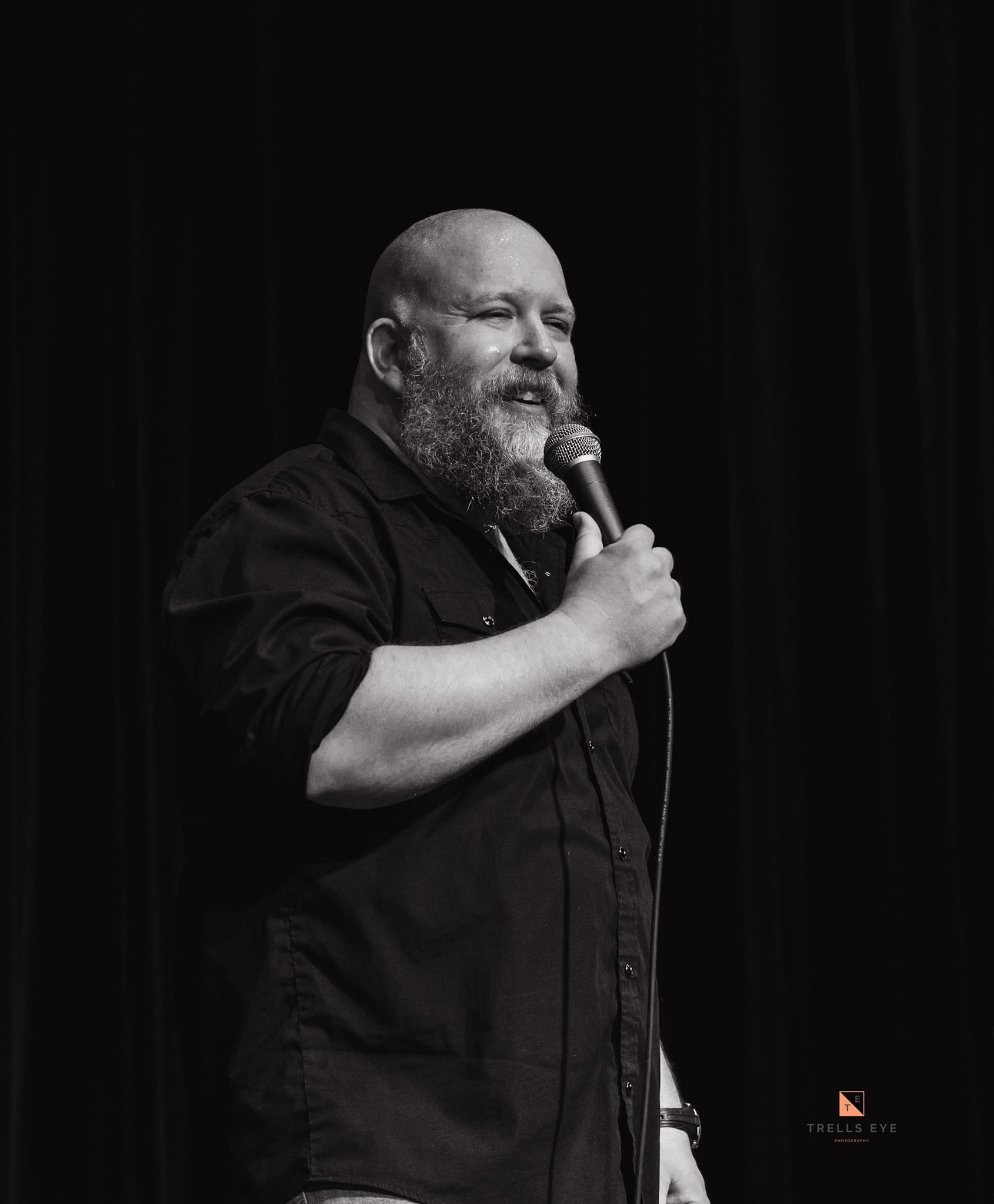 An evening with Larry Smith has been likened to having a beer and listening to the stories of a failed rodeo clown. With an optimistic candor, gruff but personable demeanor, and confident self-deprivation, he mixes folksiness with punk rock sensibilities through silly observations, tales of failure, and a sincere curiosity of his world wrapped up in an unapologetic warmth and relatable unpretentious storytelling. It’s like running into an old friend you didn’t realize you missed and now you have to explain to your significant other why you’ve been gone so long.

Larry has headlined and featured in comedy clubs and for producers such as Mason City Limits, The Laughing Barrel, The Grove, C-U Comedy, and Fox Valley Comedy. He has been on the Tuesday Ten at Zanies in Rosemont, IL multiple times, independent venues such as Zoo Bar in Lincoln, NE, and Joe’s Underground in Augusta, GA, along with breweries, bars, American Legion Halls, VFWs, Moose Lodges, living rooms, basements, and on the back of flatbed trailers all over the United States. He also works with The Comedian Company, Naturally Funny Entertainment, and bar Comedy USA. Larry also hosts two podcasts: Convince Me with Larry Smith on NPRIllinois and The Front Row Network and Zig and Larry Ignore a Topic (which is not with NPR, but was the $3 comedy podcast in Poland for, like, a month) and has been featured at SnoJam Comedy Festival, The Paul Bunyan Comedy Festical, and in The Huffington Post.