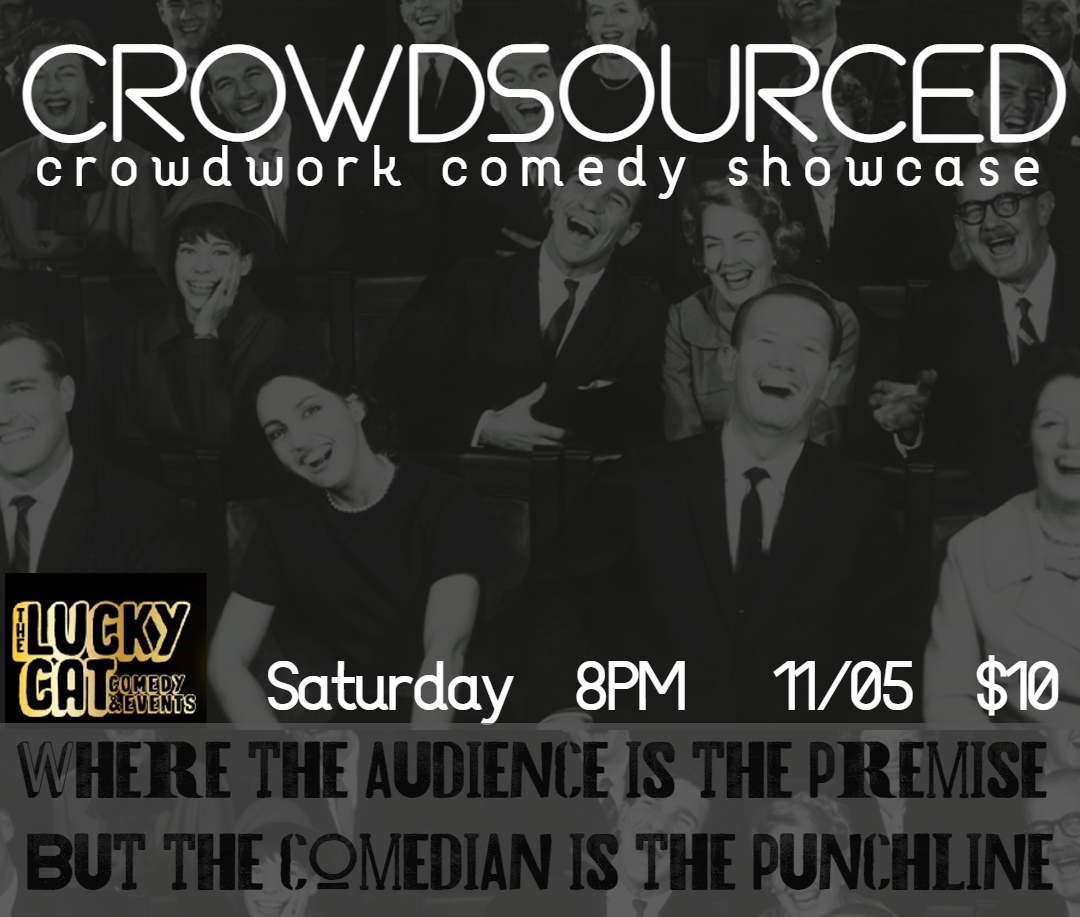 Doors 7 PM, show 8 PM, 21+
No advance tickets | $10 at the door (includes entry to Late Night at the Lucky Cat, following immediately after the show!)

Join us at the Lucky Cat for a unique comedy experience where the comedians take the stage with nothing more than charm and wit, relying on interaction with the audience to create something funny.

*This show will be interactive, but that DOES NOT MEAN you get to heckle and yell at the comics. The performers will communicate directly with the audience to try to uncover comedic truths in our shared experiences.